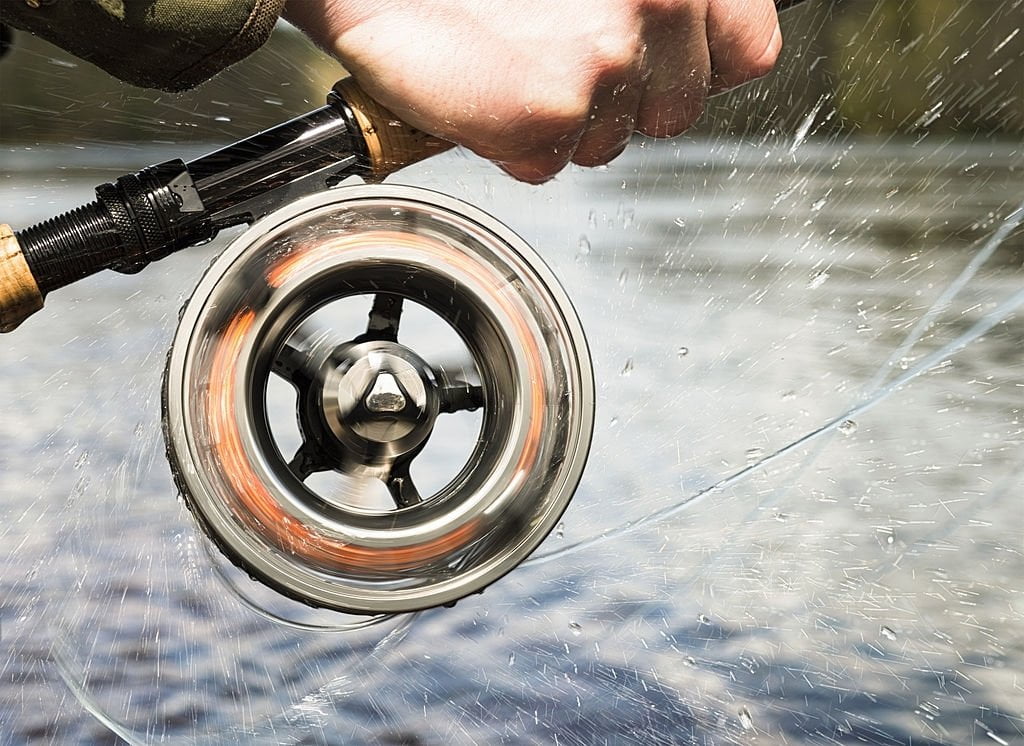 While saltwater fly fishing is all about making good casts and enjoying the thrill of the fight, the reel you use is one of the most significant investments you’ll make after the rod. The majority of reels used in this “extreme” fishing are single-action reels, which is understandable because their multiplier counterparts aren’t quite as good. Multiplier reels are more expensive and have a lot more moving parts than standard reels. As anyone who has dabbled in fly fishing or saltwater can attest, the more moving parts something has, the more trouble it is likely to cause.

You can choose between direct drive and anti-reverse reels in single-action reels. The method through which the reel releases line from the spool differs. The most common all-around fly fishing rod is the direct drive, which has a handle that spins rearward when the line is released. This allows fly fishers to see how much line is going out and how much is being retrieved. But keep in mind that most fly fishers aren’t trying to reel in line from a bonefish swimming at 20 mph, making that spinning handle dangerous to your fingers, hands, or anything else it may come into contact with. Anti-reverse reels come to the rescue in this situation. As the line is stripped from an anti-reverse reel, the handle remains motionless. A direct drive is an excellent option for lighter species. However, both systems offer advantages and disadvantages for larger species because anti-reverse reels tend to slip when reeling in the line when the drag is set lightly.

In saltwater fly fishing, efficient drag mechanism is one of the most crucial aspects of the reel, regardless of the type of reel you use. Because saltwater fish are significantly more robust and faster than their freshwater counterparts, they require a smoother drag for a more enjoyable fight. Drags in these saltwater fly reels are getting better as technology advances, and most high-end reels feature able drag systems.

Saltwater fly reels exist in various sizes, and they’re sized according to the weight line they’re designed for, just like freshwater reels and rods. The reel size is vital in saltwater fly fishing because larger reels have a larger diameter of line on the spool, which means you can reel in more line every crank of the revolution. When you’re fighting fish that can eat hundreds of yards of line, this becomes critical. The size of the reel you need depends on the fish you’re after and how many lines and backing you’ll need to fight it. Speckled trout, for example, require far less line capacity than tarpon or billfish. Keep in mind that the heavier the weight line is, the more reel capacity it consumes.

To combat the harsh effects of saltwater, saltwater fly reels, unlike most freshwater reels, are composed of corrosion-resistant materials. These stainless steels and anodized aluminium alloys aren’t tough enough to withstand the elements. Clean your reel after each saltwater outing to ensure that your investment lasts. Many anglers use an old toothbrush to scrub the reel inside and out with warm fresh water and mild dish soap, then re-lubricate the reel as needed.

The saltwater fly reel is an essential buy for anyone who wants to enjoy this fantastic sport. Read reviews and do some research on the product you’re going to buy; you don’t want to miss out on a once-in-a-lifetime fish because you made a poor decision when purchasing a saltwater fly reel.