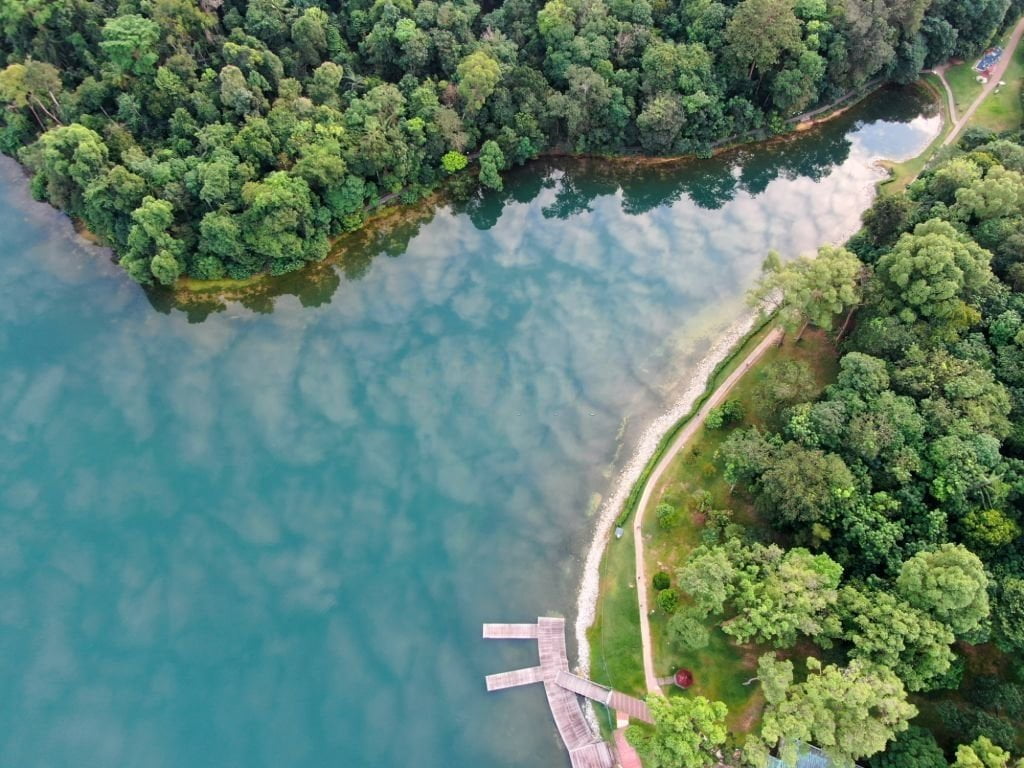 Anglers are a lazy bunch as a whole. (I’m sure that drew your attention.)
They (meaning fishers other than you) choose the easiest route, casting a line in the water nearest to the road, trail, campground, or parking lot.

Even the most dedicated anglers fail to go far enough away from public access locations, succumbing to the allure of the water after only 10 minutes. This will provide you with the first few clues to a secret trout hotspot.

If you want to avoid the crowds and discover your hidden gems, you must combine some research with a willingness to go exploring. It all starts with a map.

So get out a national forest map and a topo map, spread them out on the table, and prepare to find your private trout hole.

I’ve spent countless hours poring over national forest maps, Bureau of Land Management (BLM) maps, and topographic maps in pursuit of that one stretch of river that most anglers believe is either too high up or unreachable.

Topo maps for any part of the United States are now available online, making this task much more accessible.

The river travels through a canyon when you notice a blue line (a river) passing through a close group of brown streaks. Pay great attention to the details. Do the lines widen as you travel? Do the brown lines transition from a straight to a wavy pattern, resulting in a more significant gap between the contour lines?

If this is the case, it could indicate that the river has slowed down sufficiently to provide some decent holding water. Even though the meadow is modest, the beavers may often create spectacular dams.

Blue contour lines can pass through V-shaped brown contour lines, and if the lines are close together, the water is flowing quickly down the mountain. So look for areas where the Vs expand, and the contour lines are spaced further apart. This could result in a flatter section.

Lakes That Have Been Forgotten

Many lakes are off the beaten path, with no clear way to them. Take a close look at the topo map (or CD-ROM). Glacially produced lakes are frequently found in clusters of multiple lakes. A 15- to 20-minute climb will often put you on water that hasn’t seen an angler all season. We’ve discovered several fantastic sites near Silver Star, Montana’s first incorporated town and only a 10-minute drive from the Fish Creek House.

And many of them will be replenished every few years. Even though the lake is infrequently fished, a tiny alpine tarn can harbour some fine fish. Most anglers would instead work at a well-known, enormous lake than trek a few hundred yards or a mile to a smaller, less-fished lake.

Even fast-flowing streams have areas where the water pauses and spreads when it reaches level terrain. Beaver ponds can impede the flow of fast-moving streams. Even if the impounded stream is small, beaver ponds can store large fish. Even if a small stream runs down the mountain, the water is deep and fast enough to hold some fine fish if the beavers have constructed their homes there.