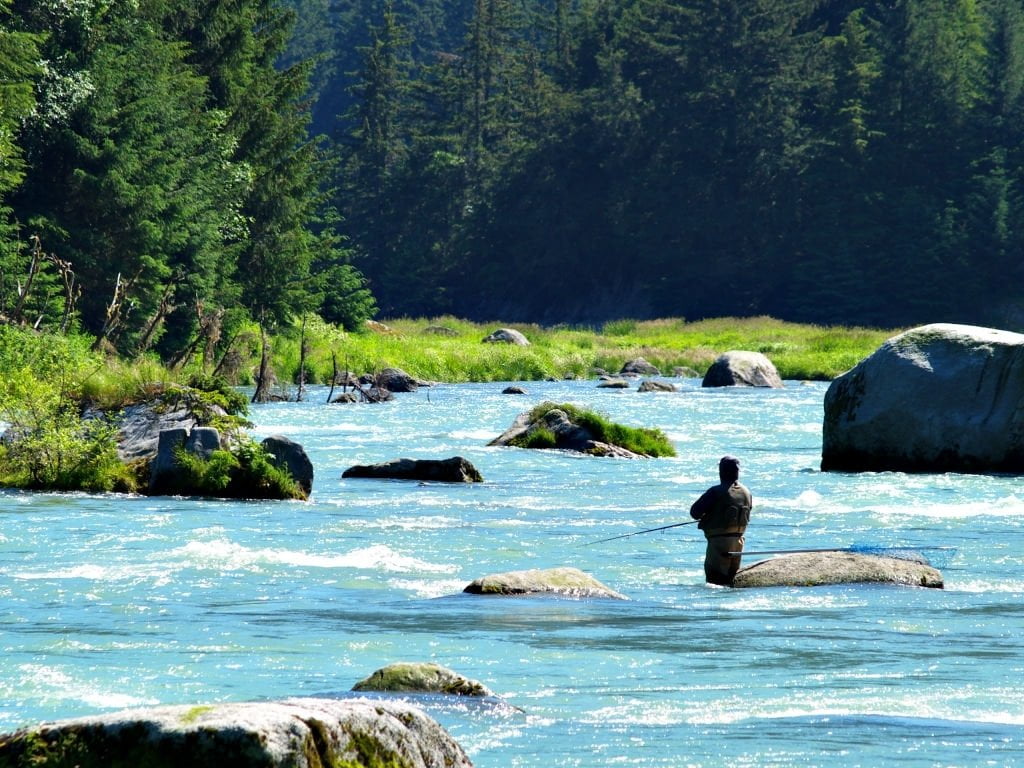 Tourists go to Alaska for fishing holidays, which are among the most popular. For people who just want to get away from the rush and bustle of daily life, these peaceful fishing vacations are a fantastic way to get closer to nature.

Along the Alaskan shore, salmon is plentiful. The same can be said for giant halibut. Salmon weighing up to 50 pounds can also be caught by visitors. King salmon weighing more than 50 pounds are not uncommon. In many interior streams, grayling and northern pike are easy to capture. Grayling and northern pike, for example, can be easily caught in many inland streams. You may also fish in some of the most breathtaking settings on the continent.

It isn’t ideal, to be sure. In comparison to streams in warmer climates, the productivity of most Alaska streams is low. This implies that specific heavily fished streams, particularly in the interior, do not quickly yield large fish. Large salmon runs, on the other hand, compensate in many streams.

The severe tides and ocean currents that encircle Alaska provide ideal habitat for baitfish, attracting massive amounts of returning salmon and bottom fish. Alaska advertises fishing as the state’s most popular sport. A large number of tourists come to the area to participate in this exciting sport.

The most well-known fishing locations in Alaska are found in south-central Alaska. Coastal waters and watersheds are representative of the region’s diverse terrain and seascapes. Other fish species such as trout, pike, grayling, Dolly Varden, burbot, whitefish, and others can be found year-round in the several watersheds that make up the main tourist attractions, in addition to salmon and halibut.

Southeast Alaska, sometimes known as the “panhandle,” is known for its deep fjords, flowing mountain streams, and glaciers. The Tongass National Forest covers a large portion of the territory. Summers are chilly and humid, while winters are frigid and snowy, but not as cold as parts of Alaska that aren’t warmed by the sea. Salmon return to thousands of streams in significant numbers. In the summer, halibut migrate to near-shore seas. Trout of many species are available. It is possible to catch a variety of bottom fish. In some waters, you can find shrimp and crab.

During the summer, Lower Cook Inlet is also a popular fishing spot. Anglers are kept occupied all day by clams, halibut, and salmon. The Kuskokwim and Yukon rivers drain most of Alaska’s interior, arctic, and western regions, which are sparsely forested. Grayling and trout, pike, burbot, char, and shellfish are the most common species in the area.

It is recommended that first-time tourists hire a professional guide to help them navigate the city. It is always best to go on a guided tour of the area, which will supply all necessary fishing equipment.