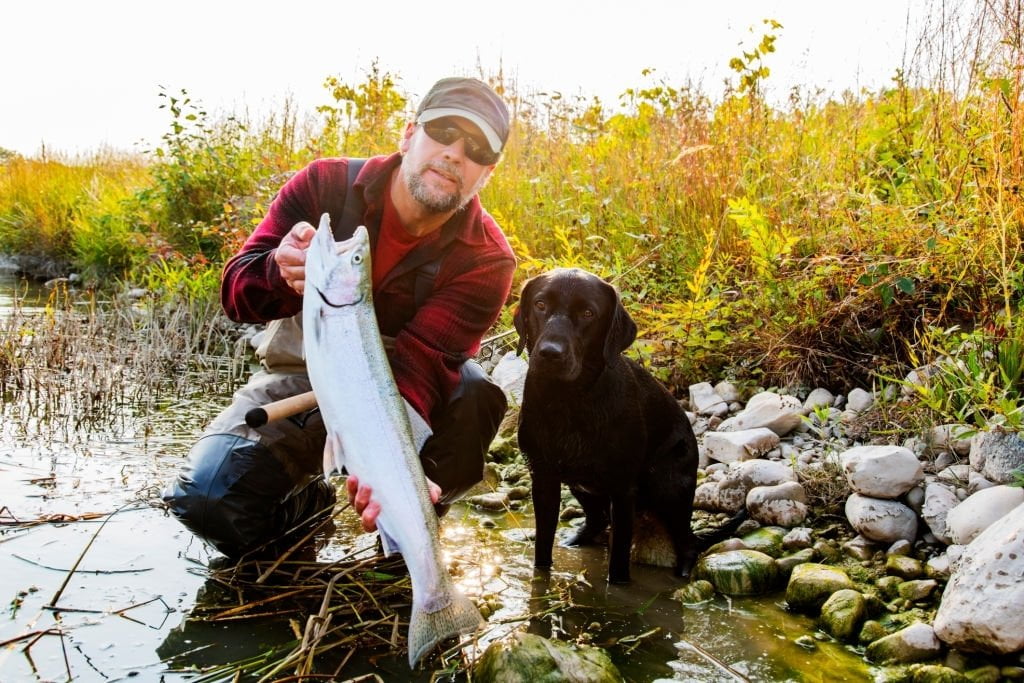 Anglers love trout, which is one of the most popular fish. You can find these cunning fish in abundance almost anyplace. However, the native habitat of these slick fish varies depending on the species.

The native habitat of brook trout extends from Labrador westward to Saskatchewan, whereas rainbow trout are found on the Pacific Ocean from Alaska to California.

On the other hand, Brown trout have been discovered in every state’s waters except Oklahoma, Florida, Arkansas, Kentucky, Louisiana, Mississippi, Missouri, North Dakota, Kansas, and Texas. According to conservation officials, it has been reported in the waterways of some of these states, but no authentic reports have been received. It’s also found in a lot of places in Canada.

There are a few elements to consider when trout fishing to have a successful catch.

1. The leader should not be oiled when fishing for trout. It will not sink far enough to make retrieving the line and bait difficult, but if allowed to float, it will produce a shadow on the stream’s bottom, potentially scaring the trout.

2. The trout is one of the species commonly caught with the usage of a dry fly. The river, as well as the pools, should be fished for trout. Because of the varying circumstances of the current, it may be not easy to keep the fly from sinking or dragging, but this is something that the angler will have to find out for himself.

3. When fishing for trout, it is not a good idea to fish directly upstream so that the flies, line, and leader float directly over the fish. Instead, the angler should throw from one side of the stream to ensure that the fly only floats over the fish.

4. It’s critical to make the first cast the finest possible. If the lure is cast to float over his private zone, a feeding trout will strike it first. Even if the trout are rising in the middle or top part of the water, the fisherman should always fish the bottom end rather.

5. Trout can be moody or choosy, testing any angler’s patience; therefore, a fly with less hackle or a spent-wing or fan wing may be helpful.

Getting a hold of a trout fish can be a lot of pleasure. Anglers only need to remember these pointers to have a successful catch.